About The Owner - Jarrod M. Krieger
​ 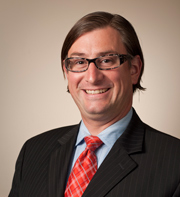 Family:
As a fourth generation Rochesterian, my daughters, Edie & Pearl, and I live in Brighton, as do my parents, Miriam and Lloyd Krieger.  My maternal grandmother, Bella Zysman, of blessed memory, was a Holocaust survivor and a 60 year Rochester resident. My paternal great grandfather and several great uncles owned kosher meat markets in the old Jewish section of Rochester.

Community Involvement:
I am a members of both Temples Beth El and B’rith Kodesh. I actively participate in the local Jewish community, and have served as chairperson for the Jewish Federation’s Young Leadership Division and have sat on the Yom Hashoah (Holocaust Remembrance) Committee.  I am also a member of the National Fraternal Organization Knights of Pythias, the Jewish Funeral Directors of America & Genesee Valley Funeral Directors Association as well as the town of Brighton Chamber of Commerce.

Local History:
Living in Rochester all of my life, I have always been active in the Jewish community.  I attended Beth Sholom’s pre-school, Hillel School, Temple Beth El’s Hebrew school and graduated from Midrasha, Rochester’s community Hebrew high school.  I had my Bar Mitzvah at Temple Beth El, where I was also secretary and president of the local chapter of United Synagogue Youth (USY).

In 2005, I opened Brighton Memorial Chapel as an alternative for the Jewish community, after working at Parsky Funeral Home for eight years.  Acknowledging that the Jewish population is relatively small, when compared to the area at large, and reconciling the enormous cost of funeral facilities to this population size; it became apparent that it was not cost effective to spend millions of dollars to purchase or build a Jewish funeral home. It was because of this relationship between population size and the costs of funeral facilities that it has become a national trend to seek a mutually beneficial arrangement combining funeral facilities. My innovative approach has enabled both the Jewish community and Brighton Memorial Chapel to share in significant savings. By negotiating a rental agreement with Miller Funeral Homes Inc., I am able to set in motion a plan to share facilities, staff and location which has allowed me to set prices below my competition.

Of special interest to the Jewish community is that Brighton Memorial Chapel is 100% locally owned.  This was important to note when Parsky's was sold to the Epstein's in 2005.  Epstein Funeral Directors were a multi-state entity based out of Ohio.   “With our own local economy in such a depressed state, I can offer to return your local dollars to our community that you and I live in.  Simply put, money spent at Brighton Memorial Chapel, will stay in Rochester.  Profits will not be sent elsewhere for other communities to benefit.”